The notes will be senior, unsecured obligations of Palo Alto Networks.  The notes will bear interest at a rate of 0.375% per year.  Interest will be payable semi-annually in arrears on June 1 and December 1 of each year, beginning on December 1, 2020.  The notes will mature on June 1, 2025, unless earlier redeemed, repurchased or converted.  Palo Alto Networks may not redeem the notes prior to June 5, 2023.  Palo Alto Networks may redeem for cash all or any portion of the notes, at its option, on or after June 5, 2023, if the last reported sale price of its Common Stock has been at least 130% of the conversion price then in effect for at least 20 trading days (whether or not consecutive) during any 30 consecutive trading day period (including the last trading day of such period) ending on and including the trading day preceding the date on which Palo Alto Networks provides notice of redemption at a redemption price equal to 100% of the principal amount of the notes to be redeemed, plus accrued and unpaid interest to, but excluding, the redemption date.

This announcement is neither an offer to sell nor a solicitation of an offer to buy any of these securities and shall not constitute an offer, solicitation, or sale in any jurisdiction in which such offer, solicitation, or sale is unlawful.  The notes and the shares of Common Stock issuable upon conversion of the notes, if any, have not been, and will not be, registered under the Act or any state securities laws, and unless so registered, may not be offered or sold in the United States except pursuant to an exemption from the registration requirements of the Act and applicable state laws. 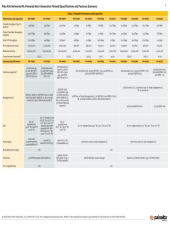